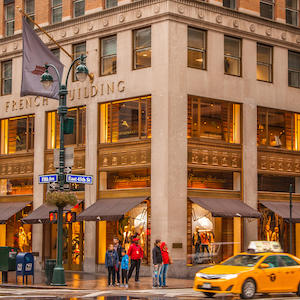 The International Gemological Institute’s New York City office has committed to being carbon-neutral by 2022.

SCS Global Services, which is currently spearheading an initiative to certify certain diamonds as sustainable, will evaluate the Institute’s greenhouse gas emissions from June 2020 to May 2021. IGI plans to reach carbon-neutral certification through mitigating impacts and purchasing carbon offsets.

“Our environment is an interdependent system where everyone has a role to play,” said IGI North America president Avi Levy in a statement.

Last month, IGI announced it was opening an office in the Arab Republic of Egypt, where it will offer educational programs for diamonds and gemstones, as well as sales training courses for jewelry professionals. The network of gemological labs was purchased by China’s Fosun Group in 2018.

A sustainable mission for Breitling